Over the past two days, the Limitless

Over the past two days, the Limitless students have been busy preparing for an exciting opportunity to visit a local Primary School in the Kenilworth area. Groups Hinka Booma, Numabulla and Bonyi were challenged with the task of presenting to a group of school children ranging from the ages of 6-11. The project falls in line with the 3 key phases of the Limitless programme, these phases ask the questions, Who am I? Who are You? and who are We?  The students, closely with their facilitators to help, reflect on what makes them unique as a group of students from Hong Kong and on what legacy they would like to leave to the children of Kenilworth. Their groups were split into a further sub-group A and B enabling them to offer a wider selection of themes and activities related to Hong Kong.

One group chose to focus and present on City life in Hong kong, in particular using Chinese New Year celebrations to demonstrate what this festival means to them.  They explained some of the history of this time of year and presented some facts and statistics about Hong Kong. They read and acted out traditional stories and the students made Red Packets using chinese calligraphy to decorate them.  Another group chose to teach the students a game called ‘Lobster’ which is often played by Hong Kong school children. They combined their presentation to include teaching them some of the hand gestures and cantonese words and numbers, that are used to play and score the game. Lion dancing was another fun activity that saw the children decorating and dancing with a Lion mask. They used whatever resources  they had available to them on camp to help reinforce their themes. Some groups even bought ingredients to make Chinese vegetable dumplings and noodles, practicing how to make them back at camp, then involving the children in a cooking lesson. These were then cooked and tasted by all the local school children.

The preparation and time that was involved in ensuring this day went smoothly, is testament to the dedication of the facilitators, but also to each student who showed a great deal of enthusiasm throughout these past few days.. They were determined to share who they were, and were passionate about leaving something behind in Kenilworth that would be memorable for the local children. Our students were obviously very proud of their chosen topics and presented their legacy with a pride and determination. The response received by the children and staff at the primary school was overwhelmingly positive and they are excited to invite them back at some time again in the future.

It was great to see all the Limitless groups working together, collaborating, discussing, being creative and very clearly enjoying this project. The photos below really capture what we all consider to have been a very successful and enlightening experience, as well as being fun and engaging. We have all come away with a strong sense of togetherness and accomplishment in succeeding to leave behind a legacy.

Charlotte celebrated her birthday this week which will be the fifth and final time we will get to sing happy birthday on Limitless 2019.

Hinka Booma presented to Prep and Year 1. They made some noodles with the students and played a fun game of ‘Lobsters’ which the local students really enjoyed. 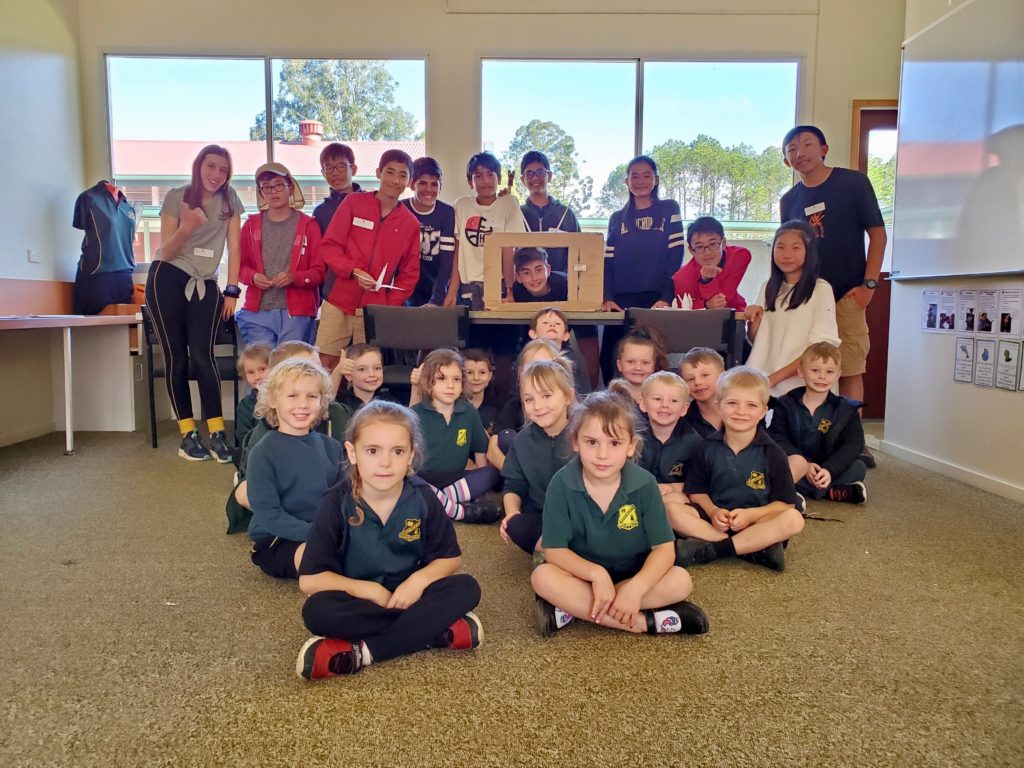 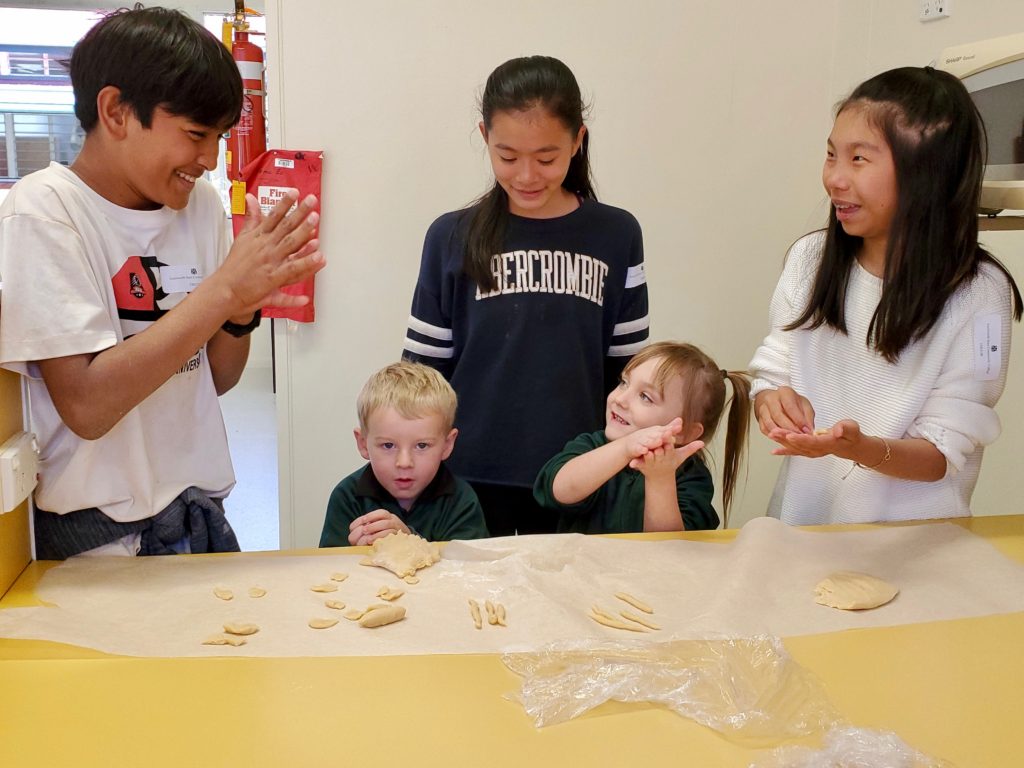 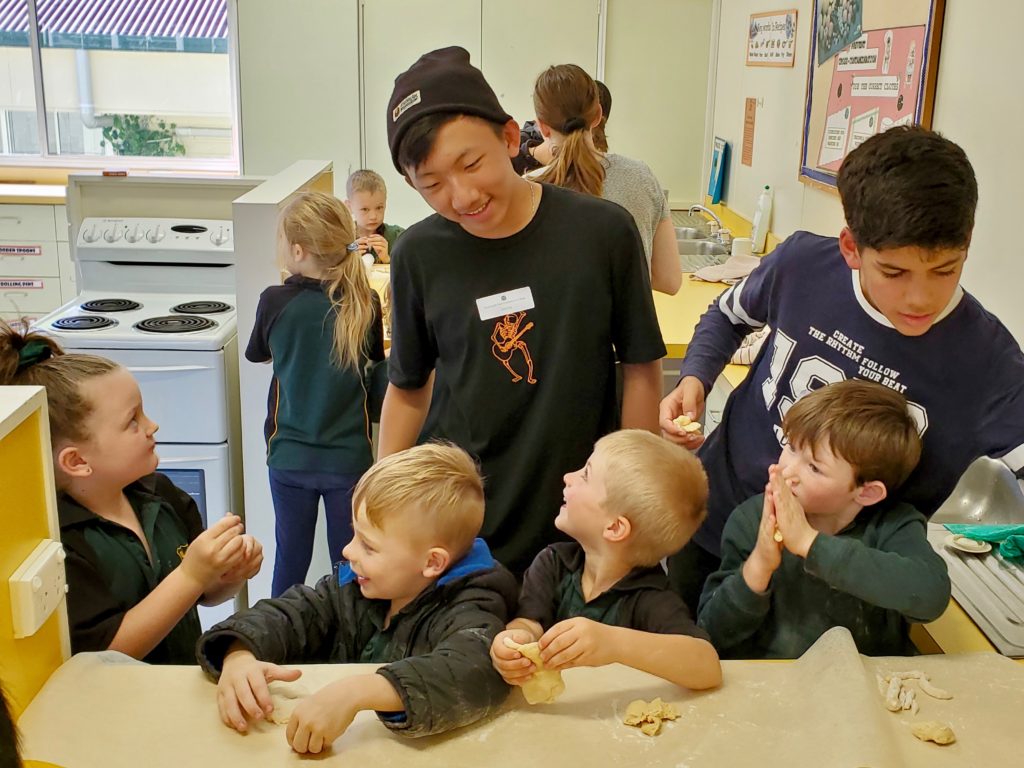 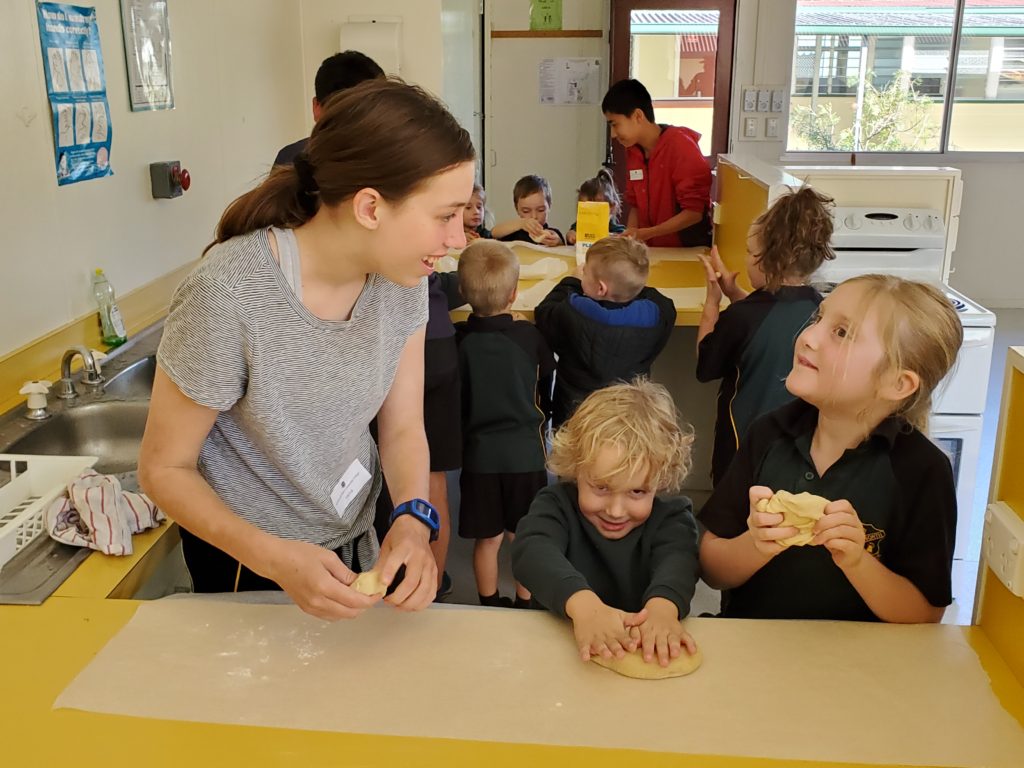 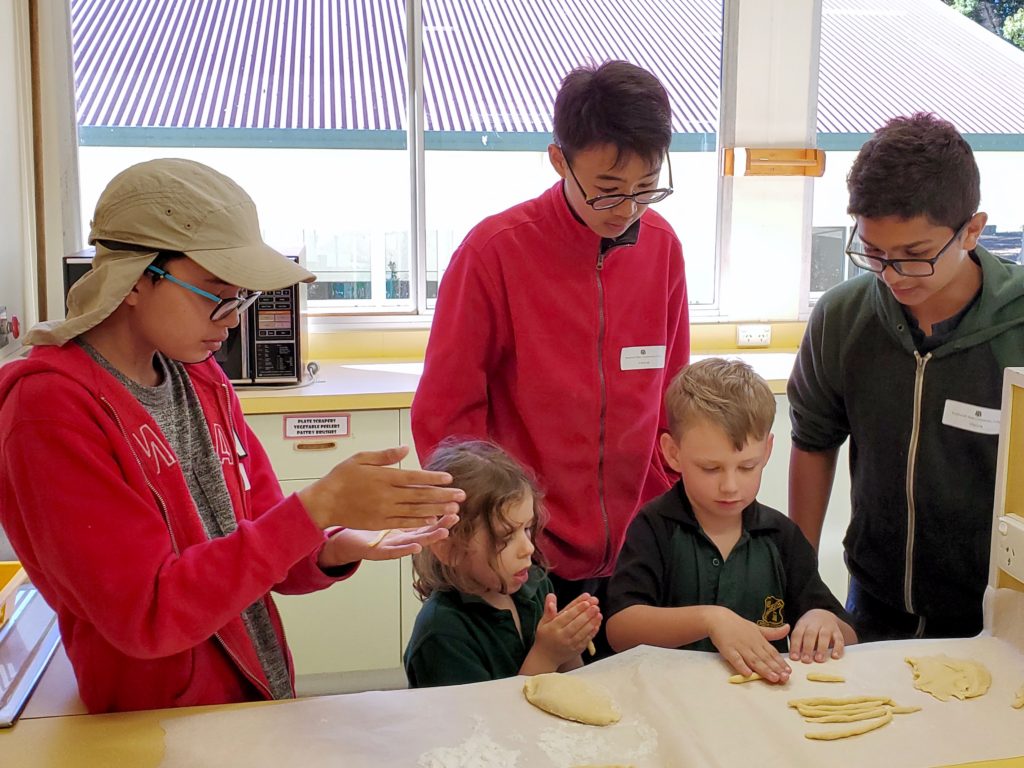 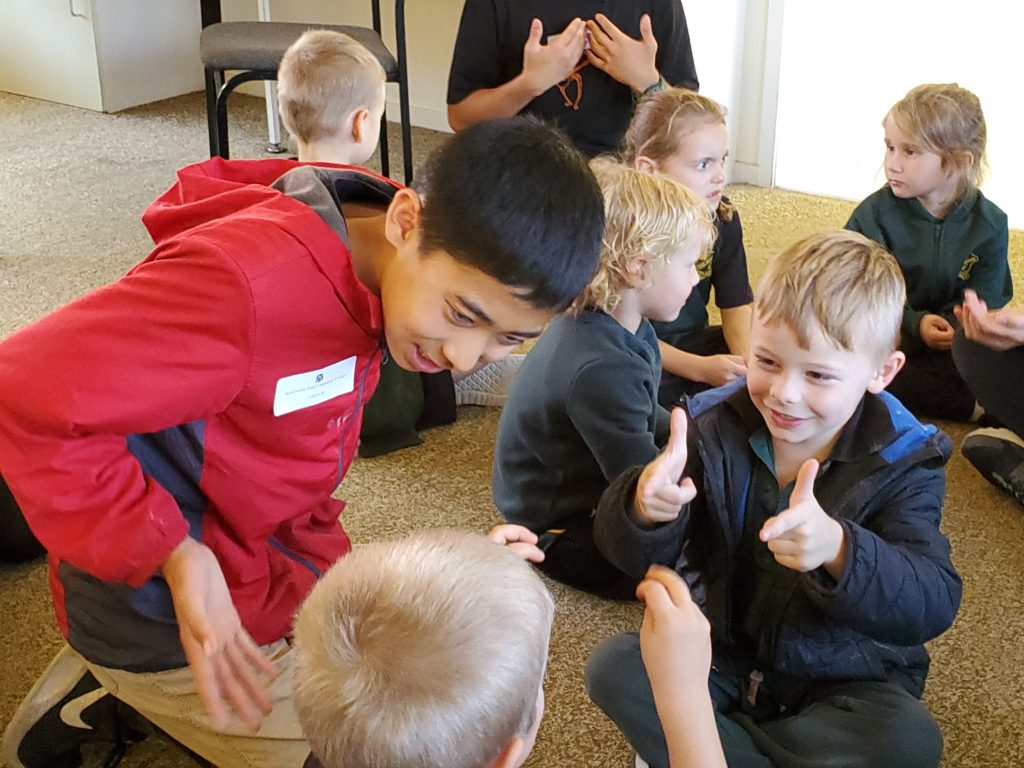 Bonyi presented to Years 2, 3 and 4. They taught the Lion dance and had the local students join in with their own decorated masks. They demonstrated how to make dumplings, giving the local students a chance to make their own. They then had some pre-made for everyone to try. The group even found time to teach some local Cantonese expressions. 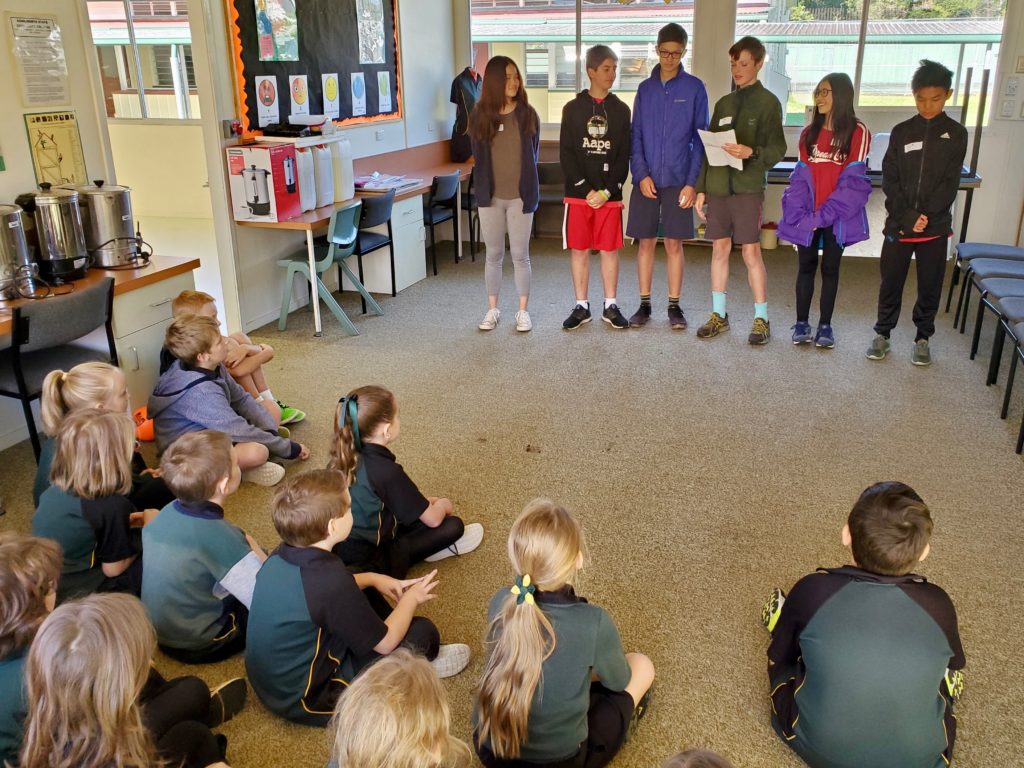 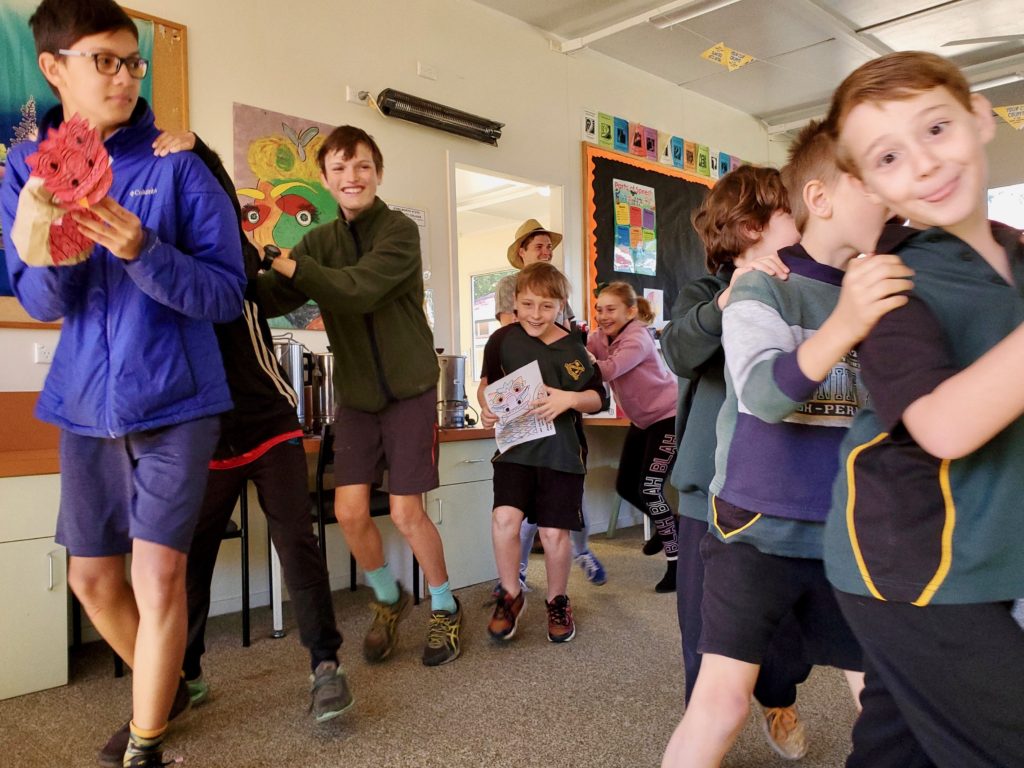 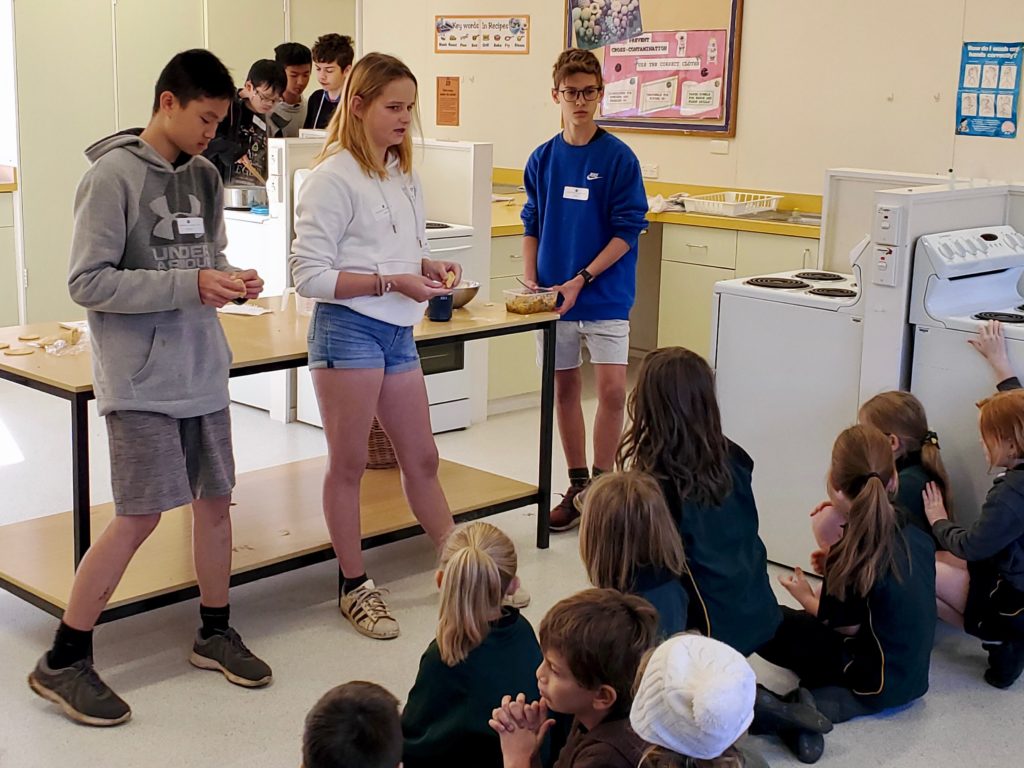 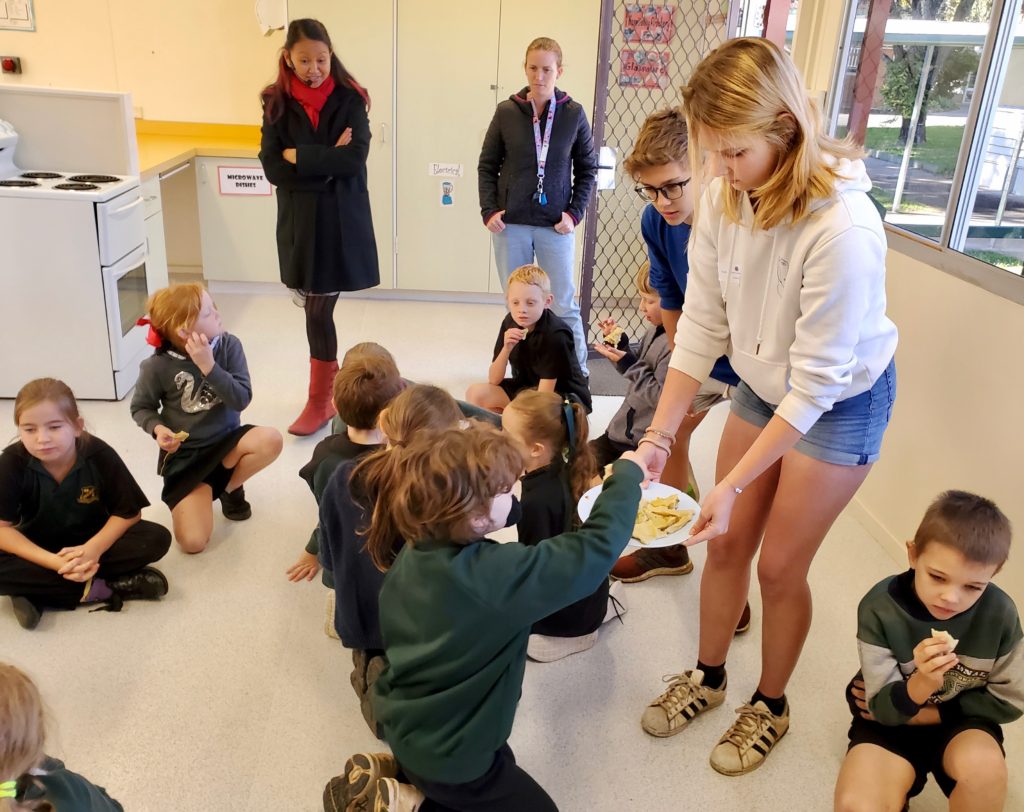 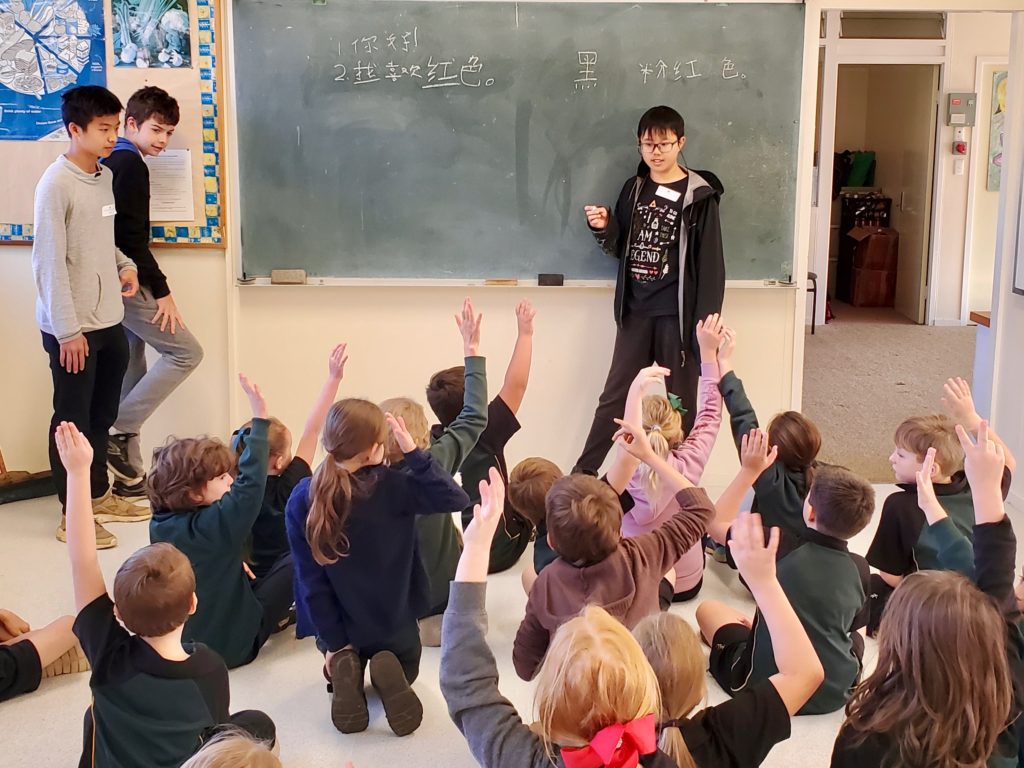 Numabulla presented to the Year 5 and 6s stories of Chinese New Year and made red packets with the children. They then taught the local students about life in Hong Kong, focusing on the food, the housing and the plastic pollution issues. 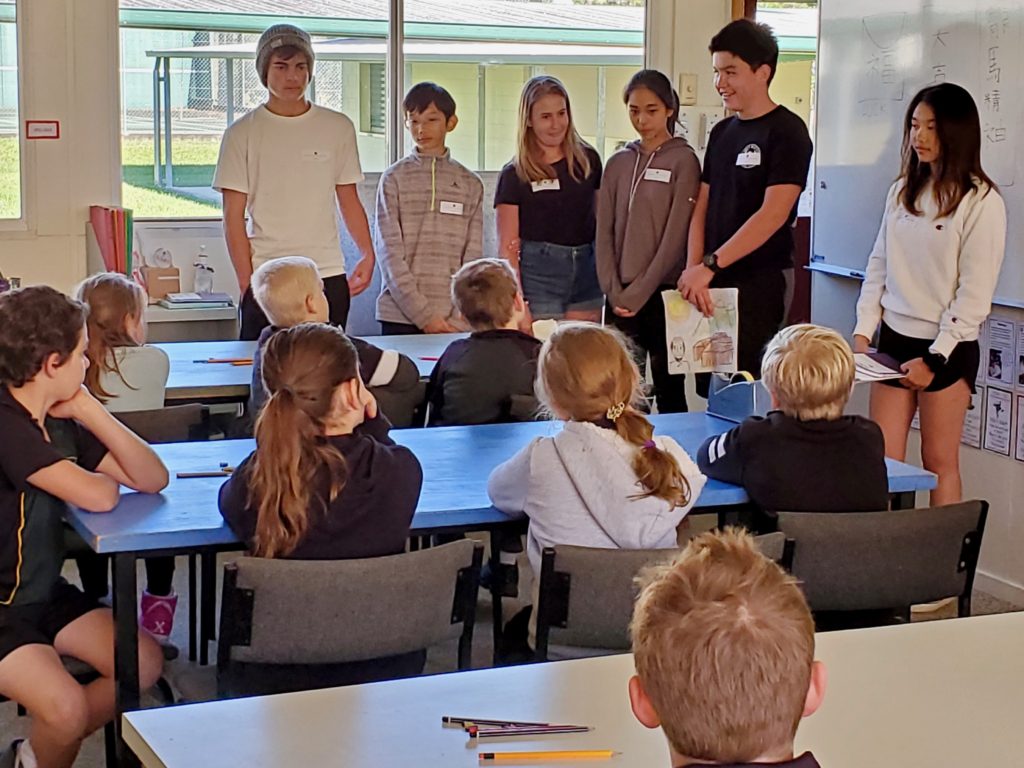 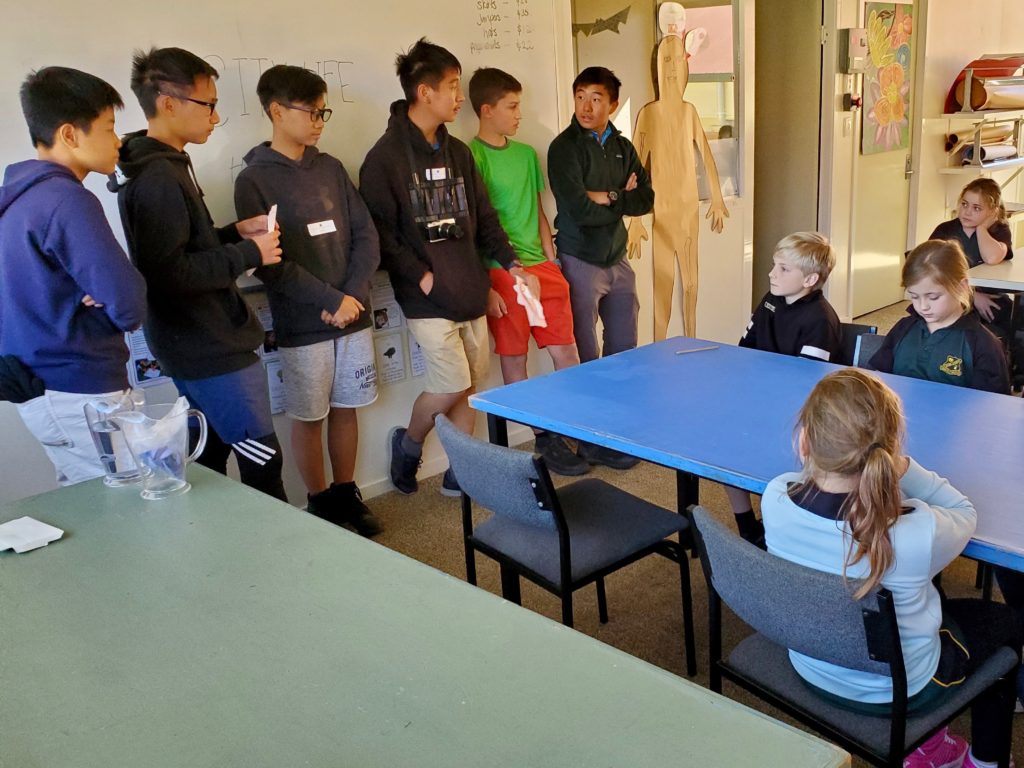 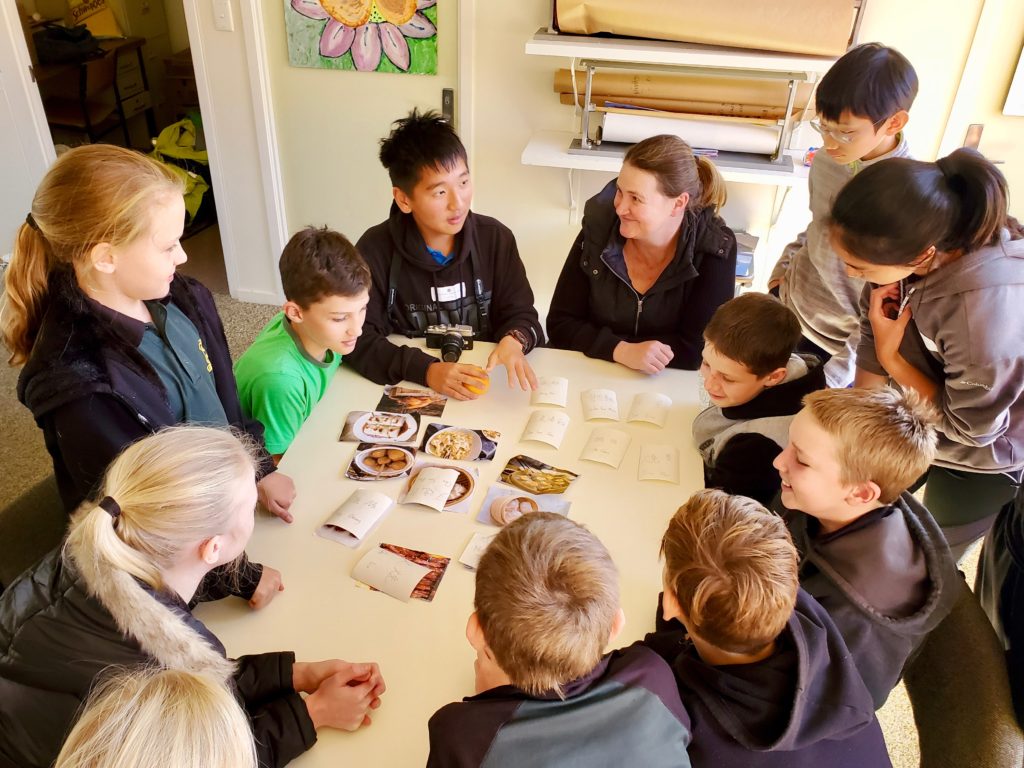 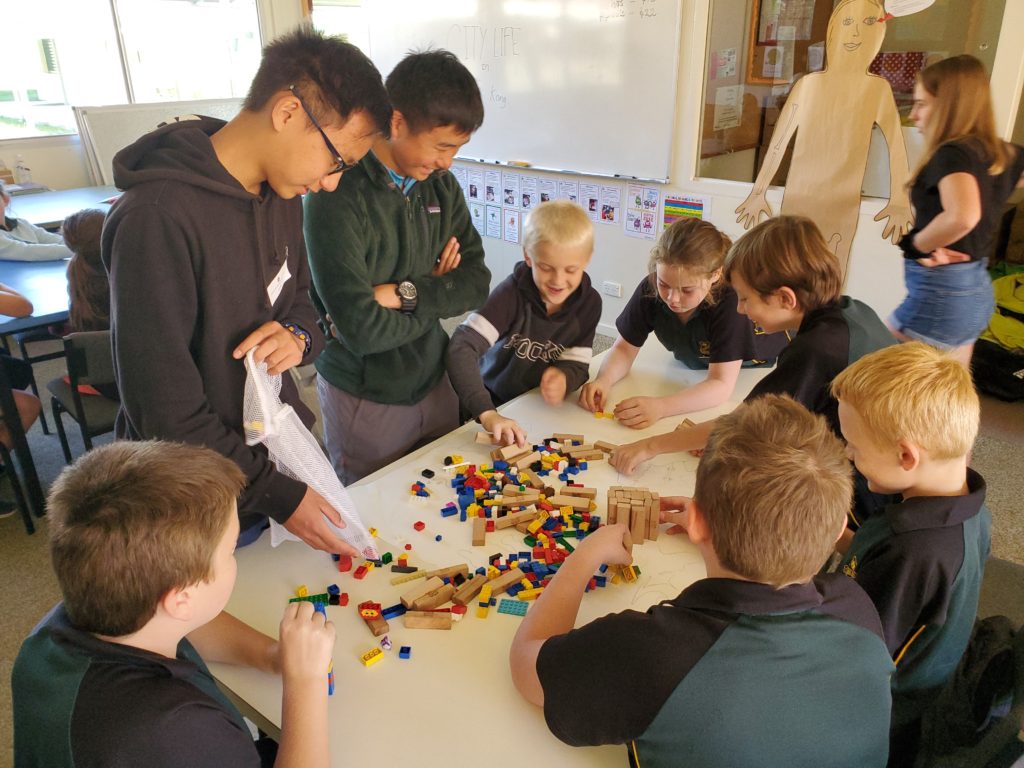 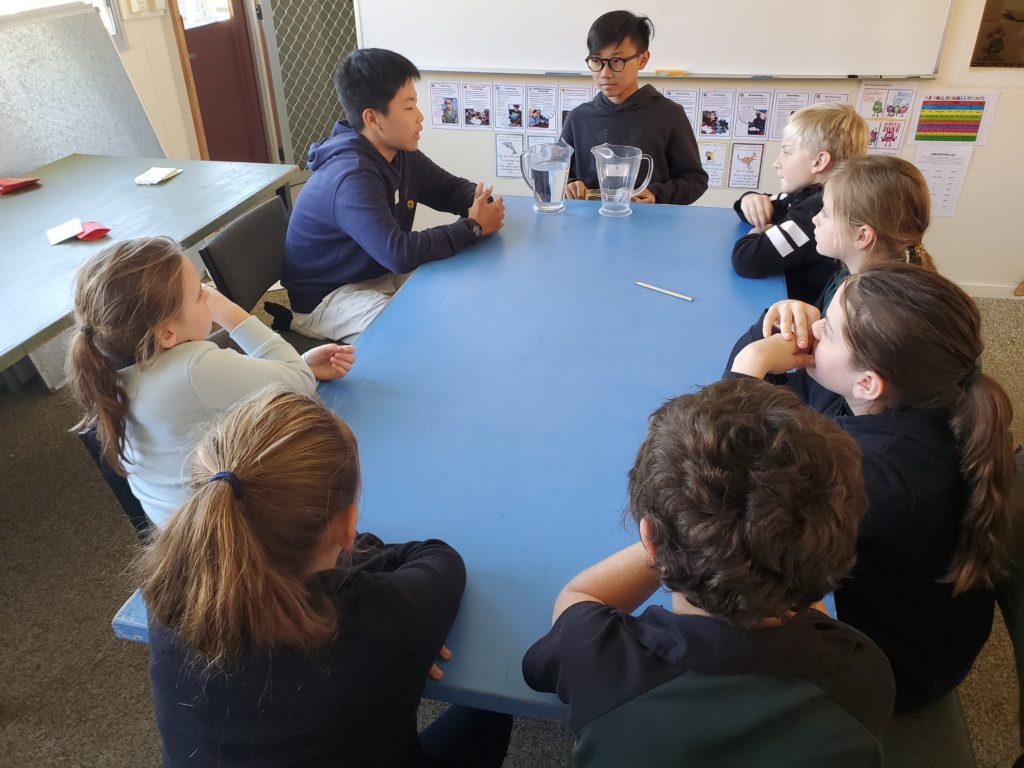 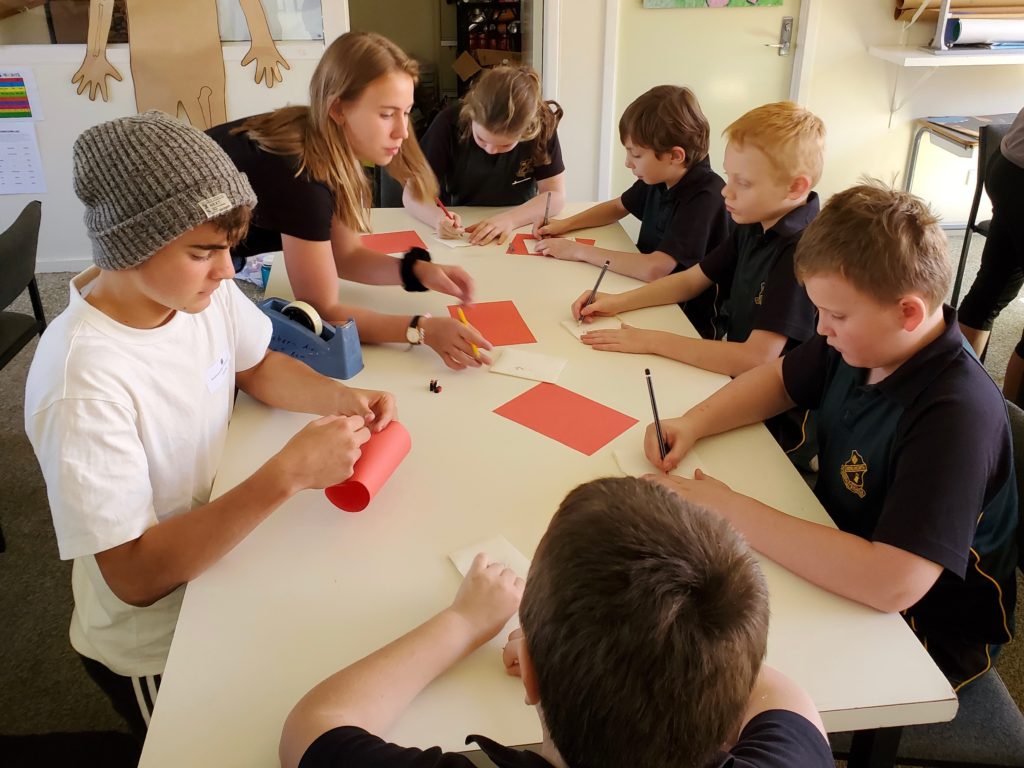 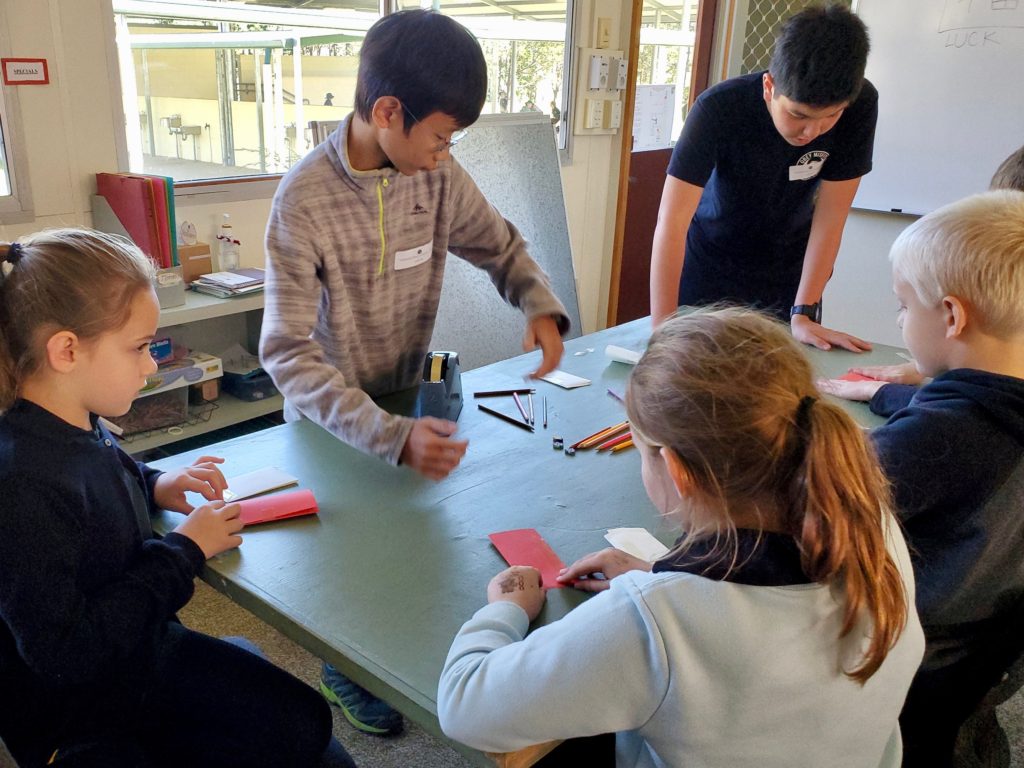 We are now ready to be faced with more challenges over the next few weeks and feel further equipped with confidence to do so.

Phase 3 leading into the third and final expedition